Dave Sullivan Jnr: An Exclusive Interview With The Son Of West Ham's Chairman

As we head into the final few days of the transfer window and the first few weeks of the Premier League season, SPORTbible spoke to West Ham United Chairman David Sullivan's well-known son Dave, who is a high-profile social media figure for West Ham United Football Club.

Dave Sullivan Jr gives us an exclusive insight into West Ham's season, new signings, the London Stadium and Dave's personal life including the story of the attempted robbery on his father's beloved home.

Your dad has had a strong transfer window this summer and there are several talented faces in the squad. What do you think are realistic aims for the team this season?

"I think every team has got to set up like they want to win the league. Every team can dream - we have not had the best start, but we still have 35 games. We have to go out to every single game as if we want to win it."

We have signed four major names this summer - Javier Hernandez, Marko Arnautovic, Pablo Zabaleta and Joe Hart. Which signing do you think will improve the team the most?

"I think Hernandez. He has the type of goal threat which we have never had before." The pressure is rising on Slaven Bilic after losing his first three games of the season, and reports are suggesting that the club are already looking for alternatives. Do you think Slaven could turn his situation around?

"Of course he can. We are three games into the season, meaning there are thirty-five games to go. For all we know, we could win at Huddersfield and West Brom and be in a completely different position. We have had three very hard away games in a row.

We lost to a Manchester United side which could win the league, and with ten men and two penalties given against you at Southampton - you cannot get much harder than that really. We have also been missing vital players such as Lanzini and Kouyate, whilst Antonio has only just got back."

Some fans think that we have the right individuals in defence, but the structure and tactics do not seem to be working effectively. Do you think West Ham need a specific defensive coach?

"I think that is more down to Slaven to comment on, however I personally think we can definitely tighten up on defensive errors and discipline. We tend to get a lot of red cards, and we have conceded the most goals from penalties in the last three seasons.

In that time, we must remember that Adrian saved four penalties back-to-back. We give a lot of penalties away - the Southampton game being a prime example. This is my main worry. Giving away five or ten penalties a season is going to cost us vital points." 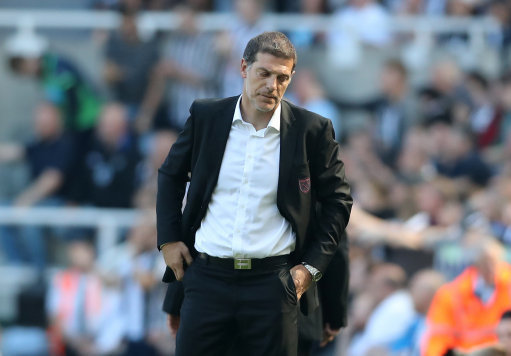 Other fans think the midfield is the problem - West Ham have been linked with a move for a defensive midfielder. Do you think we need to bring in a new player in this position?

"No. I think we have potentially the best young midfielder in the league - Declan Rice. Name me a better 18 year old in these first three games? There isn't one. Kouyate is still yet to return fully, who I think is a top player, as well as Obiang. Noble goes without saying and Fernandes is also a top player. A lot of it is just getting the players to actually play as a team.

We have had a lot of formation changes; four at the back one week then five at the back the next; players getting injured - even Lanzini you can count as a midfielder who we have lost to injury."

Sofiane Feghouli recently completed his move to Galatasaray, whilst Robert Snodgrass has been loaned out to Aston Villa. Do you think West Ham should be searching for a new winger to take his place?

"We have Arnautovic, Antonio and Ayew. However now that Snodgrass has left it would make sense to buy a new winger." 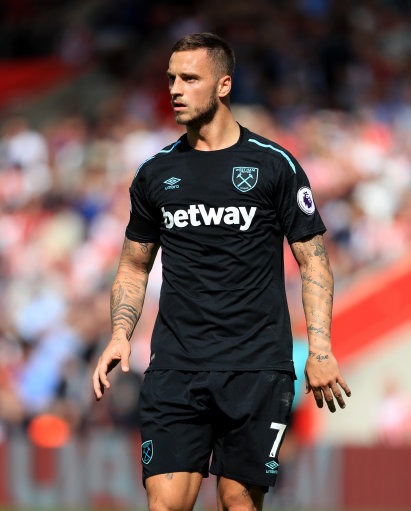 Does that mean there are any more potential signings in the transfer window?

"I can only say what I personally think."

One more team-related question: With Josh Cullen and Reece Burke already impressing at Bolton, do you think they have a future in the first team next season?

"I think it is a lot to ask for them to be starting next season, but I see no reason why they cannot be in and around the first team soon."

Moving on from transfers, do you believe that you and/or Jack will be the next chairmen of West Ham?

"I personally think Jack is more likely to be the chairman of West Ham, however I would still like some input. Jack is currently working with the Ladies team in order to gain the experience he needs. Jack is also looking into working with clubs in other countries. Whereas I am focused on my own project and West Ham is not in my immediate future. 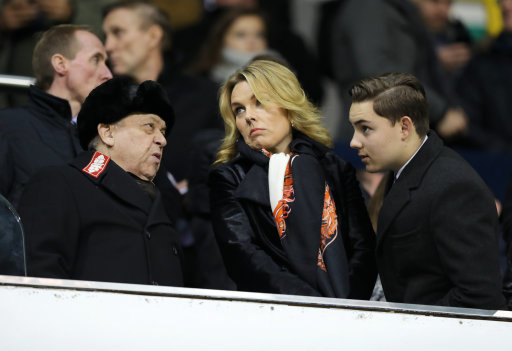 However I will still retain my shareholding and one of the Sullivans will be the chairman."

Does this mean that there is definitely no chance of West Ham being bought?

Is your dad looking into the possibility of buying the London Stadium outright in the future?

"I cannot comment on that, but it is certainly a possibility."

Radio 5 discussed on their show last week about the possibility of the retractable seating at the London Stadium being upgraded. Is this something the club are looking at?

"We are always looking for ways to improve the stadium, so if we think it will increase the fans experience then of course it is an option. However, in the immediate future I do not think so because it has already cost a lot of money to install the normal seating. I reckon it could happen, but not for a few years."

Moving on from football - Back in June, a scumbag criminal broke into your dads house. This must have been frightening for your dad and a horrible experience to go through. What exactly happened that night?

"The guy broke in, but he did not get very far. The alarms went off and the guy did a runner. They think this man has robbed 40 houses, including Lord Sugar's. Luckily for us, he did not nick anything from my dad's house."

Did your dad ever catch the criminal?

"I think he is either being questioned by the police or his safehouse got raided - I am not entirely sure, but the situation is something like that."