In a remarkable sequence of events, Paris Saint-Germain midfielder Adrien Rabiot has reportedly written a letter to the French Football Federation refusing to join up with France's World Cup squad.

Rabiot, who was named on the 10 man reserve list by manager Didier Deschamps, has clearly reacted badly to his non-inclusion.

The 23-year-old's absence was perhaps the biggest shock when France released their squad last week, with Sevilla's Steven N'Zonzi getting the nod ahead of the midfielder.

Breaking ' Adrien Rabiot has written a letter to the FFF refusing to take his place amongst the 11-man reserve list after being left out of Didier Deschamps' 23-man World Cup squad.

Deschamps did try to justify his decision to leave out Rabiot, but the PSG man clearly feels that he deserved a place in the 23-man squad.

"Adrien's performances with France are not at the same level as those he delivered with PSG this season," Deschamps said.

French publication L'Équipe have now reported the events, with rumours elsewhere spreading that his mother and agent, Veronique. may have played a part in the situation. 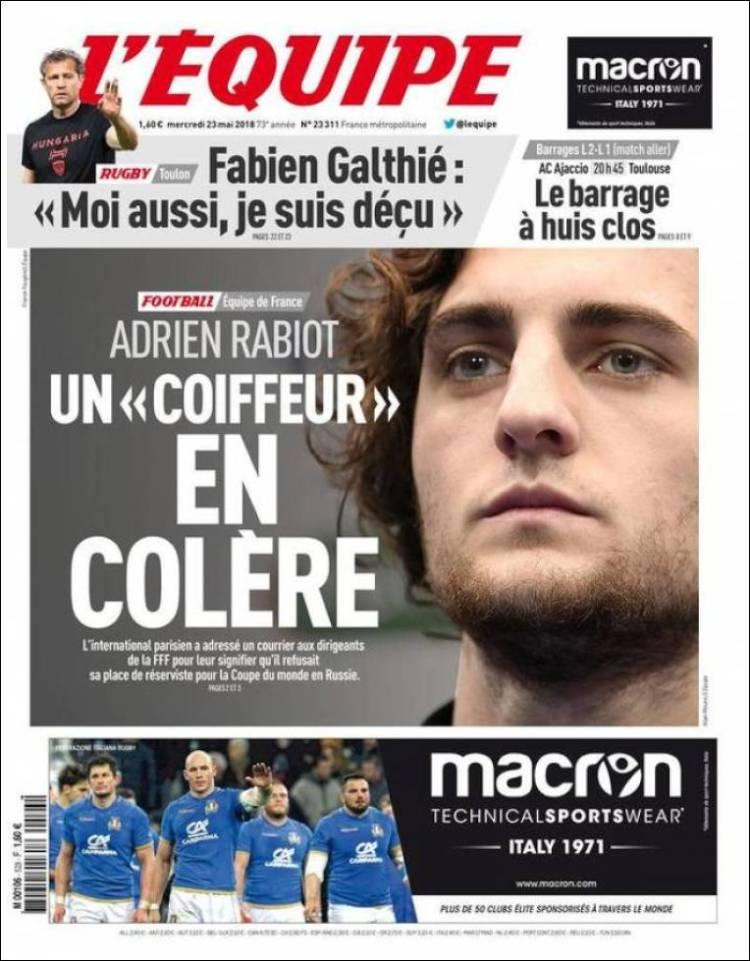 But some big names missed out. Real Madrid striker Karim Benzema won't be on the plane to Russia while there's no place for Manchester United's Anthony Martial and Arsenal's Alexandre Lacazette.

And, of course, Dimitri Payet who left the Europa League final in tears and with an injury.

Speaking about his squad, Deschamps said on TF1: "It is always difficult. This time around, I was faced with an enormous amount of quality players, I won't be able to make every player happy."

Naturally, with that ridiculous squad, France are among the favourites to raise gold on July 15th.

It seems Adrien #Rabiot's sense of entitlement knows no bounds. The #PSG midfielder has asked not be included on France's WC reserve list, angry he didn't make the initial 23. (L'Equipe)

Thoughts on Rabiot's actions ahead of the World Cup next month?