Wayne Rooney has explained why Park Ji-sung was just as important to Manchester United's success as Cristiano Ronaldo and spoken about the South Korean's famous performance against Andrea Pirlo.

Park became a cult figure amongst many United fans for his ability to perform in some of the side's biggest games in winning four Premier League title and the Champions League under Sir Alex Ferguson.

Whilst he has that following many wouldn't consider him as important as Ronaldo, who scored 42 goals alone in the 2007/08 double season, but that's not Wayne Rooney's take.

"It makes me think about my own career," Rooney said in his Sunday Times column, speaking about watching The Last Dance documentary and how it outlines the importance of teamwork.

"It's crazy but if you mentioned Cristiano Ronaldo to a 12-year-old, they would immediately say, "Yeah, he was a brilliant player for Manchester United," but if you said "Park Ji-sung" they may not know who he was. Yet all of us who played with Park know he was almost as important to our success.

"That's because of what Park gave to the collective and I want to talk about teams. They - not stars - are the most important thing in sport." 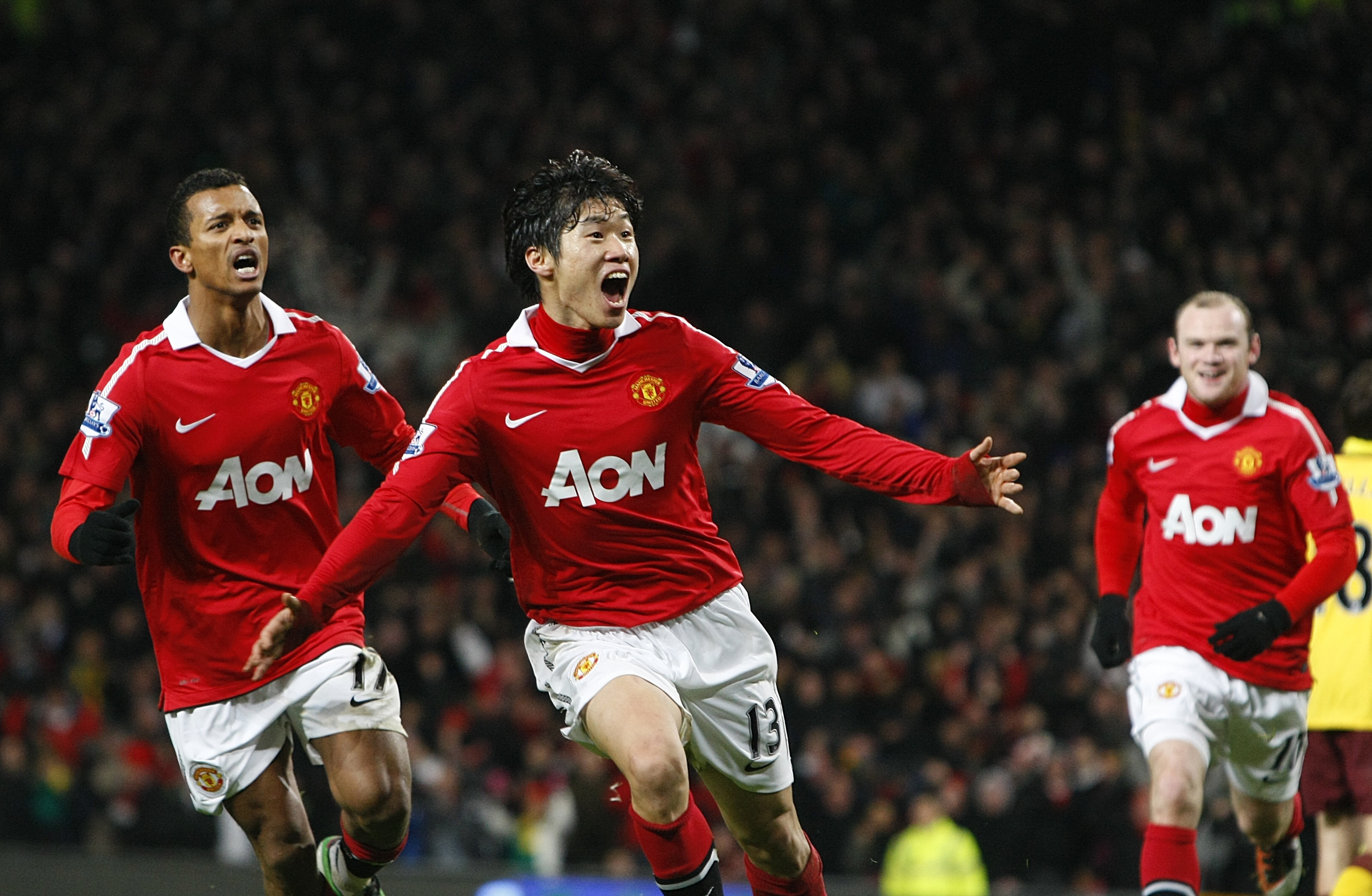 Park wasn't as glamorous as Ronaldo but was just as important. Image: PA Images

Speaking about the team players in United's squad at the time Rooney added, "Look at the biggest games United played. Park or Fletch [Darren Fletcher] - or both - were always involved. They were vital to us. Players like me, Ronaldo, Tevez got the headlines but they were as important as us if not more, because of what they did for the team. We knew that inside the dressing room - and also that because they were so good at sacrificing themselves, their actual individual quality was often overlooked.

"Fletch and Park played a huge role in our development as a side."

Park's performance in 2010 against AC Milan in the Champions League last 16 became famous for the man marking job he did on Andrea Pirlo.

The job was complete by the former PSV midfielder that the Italian even wrote about it in his autobiography, and wasn't happy at all.

Speaking about the game United's all time top scorer wrote in his column, saying, "I remember Fergie's team talk before playing AC Milan. He literally said to Park: 'Your job today is not about touching the ball, it's not about making passes, your job is Pirlo. That's all: Pirlo.'

"At the time Andrea Pirlo was averaging 110 passes per game, something stupid like that, and out of those about 60-70 were forward passes, passes that could hurt you. He had this trick: when the ball came to him from the full back, he would play it first time over your centre back's head, for Andriy Shevchenko or Kaka to run through. Pirlo was the best I've seen at that pass.

"So Fergie said to Park: "He cannot be allowed that pass. You cannot be one yard or one second late." And I think Pirlo barely had 40 passes in that game, and 95 per cent were backwards because Park was so unbelievable at carrying out his orders. The rest of us appreciated that, physically and mentally, what Park managed to do that night was so difficult."

You can certainly learn a lot about teamwork from The Last Dance, as well as Rooney's column and simply watching Park's performance of sacrifice against Pirlo.