But in a moment of madness - as his opponent looked dazed and confused on the ropes - Dakui accidentally made contact with the referee.

He smashed him with a ferocious head kick to the face, sending him to the canvas with an almighty thud.

"That is something I've never seen in my 30 years of watching Muay Thai." screamed the commentator, as the referee held his nose, while Super x Sitsontidech lay beside him on the floor.


As you can see in the above footage, Dakui hit Super X with a powerful right hook before pounding the referee with a brutal head kick.

It really is a mad sequence of events you'll probably never witness again.


Gou's win helped him improve his record of 21-9 while his opponent dropped down the rankings, but this bout will forever be remembered for the moment a referee got hit with a kick. 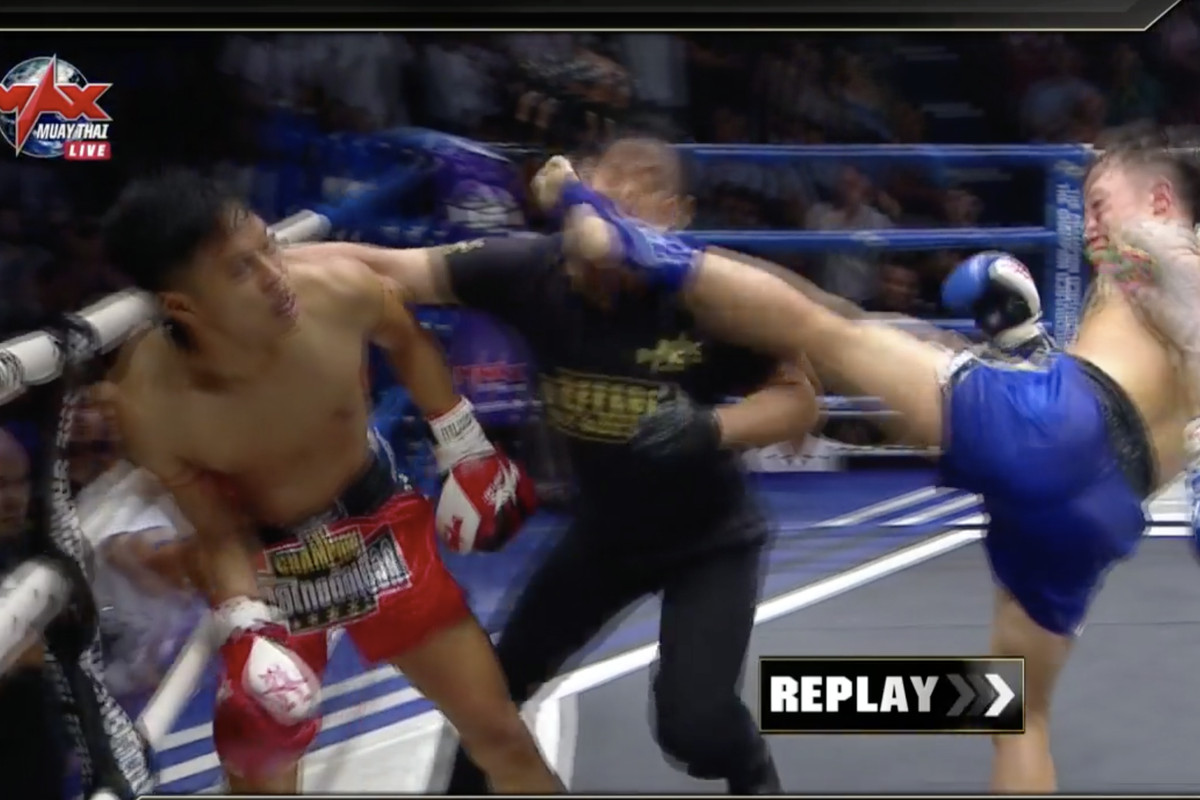 
Being a referee in any sport must be overwhelmingly stressful.

67-Year Old Muay Thai Fighter Has Had His Final Fight

UFC Fighter Chokes Out Opponent, Then Helps Him Regain Consciousness

The Scary Moment When A Referee Didn't Believe MMA Fighter Was Unconscious, Opponent Had To Prove It

As the man in charge all responsibility rests on your shoulders, meaning you're an easy scapegoat.

Being a ref in a combat sport, like MMA, is another kettle of fish, though.

There can be tough calls, like spotting illegal kicks or punches. Or, in Mills Lane's case, having to officiate low-level cannibalism after Mike Tyson bit off a chunk of Evander Holyfield's ear.

In this fight between Chad George and Mark Vorgeas back in 2017, contested in Bellator, it shows referee Milan Ayers having an absolute mare as he fails to realise that Vorgeas is clean out.

Applying a submission move from side control, George released his opponent and, instead of throwing any punches while Vorgeas was on his back, admirably argued with the ref, telling him to bring an end to the fight.

The fight happened two years ago but for some reason is going viral again.

It's tough being a referee. There's no denying that one.