WATCH: Preston's Eoin Doyle And Jermaine Beckford Red Carded After Fighting Each Other

Sheffield Wednesday moved back into the play-off spots following their 2-1 victory over Preston with goals from Fernando Forestieri and Steven Fletcher as Eoin Doyle bagged what turned out to be a consolation.

But as well as three goals, there were three sending offs. Wednesday's goalscorer went from hero to villain after receiving a red for an off-the-ball incident.

Fight! :rage: Preston team-mates Jermaine Beckford and Eoin Doyle are both sent off for clashing in the side's defeat at Hillsborough. pic.twitter.com/QNxh6SY4Wn
- Football On 5 (@FootballOn5) December 3, 2016

Not what I've comes to expect under Graysons stewardship. Very disappointed from two who should know better. #pnefc pic.twitter.com/C8fJa5MXHN
- Ian Cookson (@ipcookson) December 3, 2016 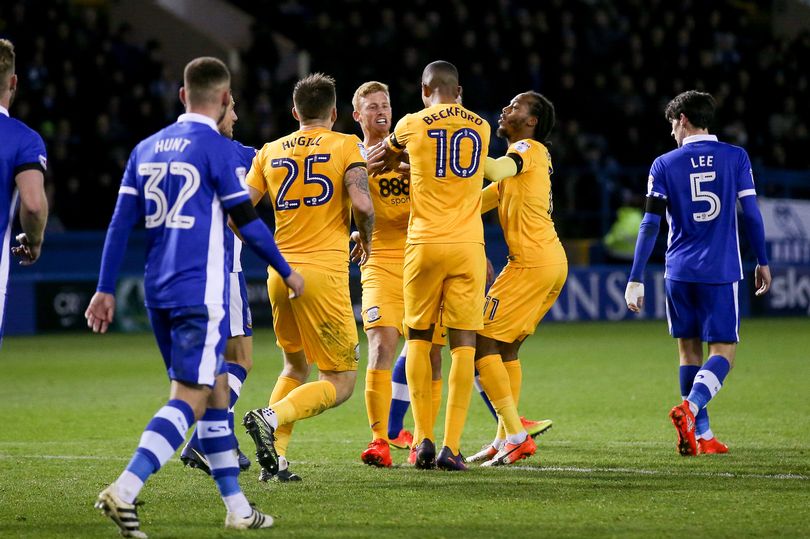 RED CARDS! Extraordinary! Beckford and Doyle sent off after a coming together on the pitch! Preston down to nine! #swfcLIVE
- Sheffield Wednesday (@swfc) December 3, 2016

90' Red card. Eoin Doyle and Jermaine Beckford both see red for an off the ball incident.

Needless to say, the Preston faithfuls weren't impressed with the conduct of both their players:

@pnefc Pathetic send them both to the reserves sell them both
- LegendsOfFootball 21 (@Legoffootball21) December 3, 2016

@pnefc they have to go or refund all fans from own pockets, fine them and full public apology.
- Jon (@jaingham123) December 3, 2016