Earlier today, we reported on Ruud van Nistelrooy and the reason behind his departure from Manchester United in 2006, as told by former Labour communications chief Alastair Campbell.

In a report by the Times, Campbell spoke about his friend Sir Alex Ferguson in great detail and his relationship with the Dutch striker.

Campbell told of how the former United manager struggled to manage van Nistelrooy during his time at the club after making comments about Cristiano Ronaldo.

If you haven't caught up with the Ferguson/van Nistelrooy story, see below:

When Sir Alex heard what Van Nistelrooy said to Ronaldo, he had no option but to get rid of the Dutchman... https://t.co/6WgcJHEmNq

In the latest set of diaries published by Tony Blair's former communications chief, Campbell spoke about the time he attended a game between Marseille and Bolton Wanderers with his friend, Sir Alex.

As he sat in the stands during the UEFA Cup tie, Ferguson watched the highly rated Franck Ribery as the talented Frenchman shone for the Ligue 1 outfit.

But despite his impressive reputation, Ferguson was clearly unimpressed with the winger's performance After just 45 minutes, Fergie decided that Ribery - who was 22-years-old at the time - was simply not good enough for his Manchester United side.

As reported by the Times, Campbell said: "Alex was watching Franck Ribery, the Marseille winger, but decided by half-time he was not good enough for United."

Ribery would spend another season at Marseille before joining Bayern Munich in a club-record €25 million deal. 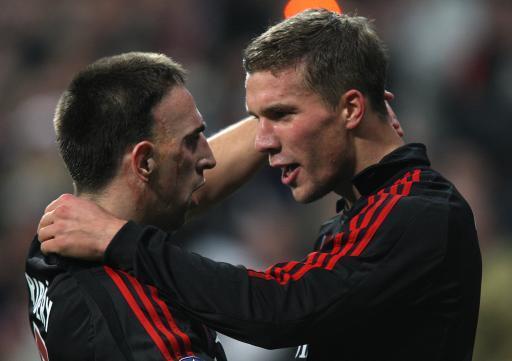 He has since made over 200 appearances for the Bundesliga giants, as well as 81 caps for France.

Do you think Ferguson was wrong to snub Ribery, or did he make the correct decision?

Could Ribery have been a Manchester United great?