A number of people are strongly condemning the recent resurgence of Jeffrey Dahmer Halloween costumes – Olympic legend Simone Biles being one of them.

Ever since the popular Netflix series documenting his life was released, there has been a spike in the sales of Dahmer-esque clothing.

In particular, bright blonde curtain-style wigs, dodgy vintage shirts and huge wire-rimmed glasses seem to be flying off the shelves in the wake of the docuseries.

And online, you can now buy 'Jeffrey Dahmer-inspired cosplay accessories' for Halloween across a bunch of ecommerce sites such as eBay or Amazon. 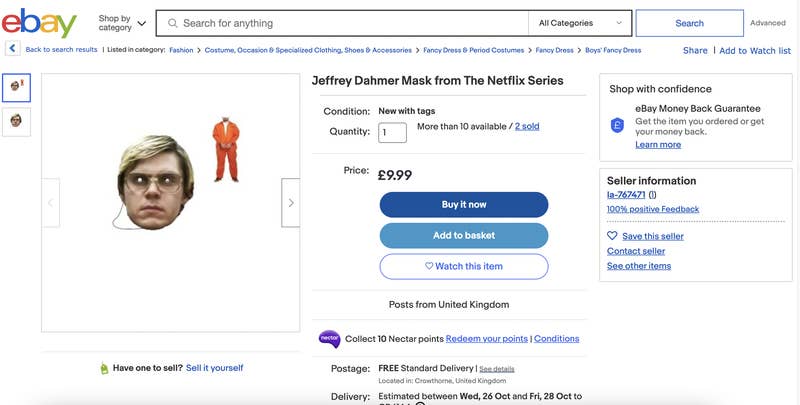 These items being available for purchase has sparked mass outrage with seven-time Olympic medallist Biles joining the chorus of angry people.

"Put the Jeffrey Dahmer costumes back in the closet. we ain't having it!!!!!!"

But Biles isn't the only one fuming with it all.

Shirley Hughes, whose son was a victim of Dahmer in 1991, told TMZ the infamous mass-murderer was “pure evil” and that she "doesn't understand how the folks who choose to dress like him can sleep at night".

im just gon go head and say it, put the jeffrey dahmer costumes back in the closet. we ain’t having it!!!!!!

After receiving heavy backlash, eBay has put a ban on serial killer-themed costumes because it violates their policy on “promoting or glorifying violence”.

A spokesperson for eBay told BuzzFeed that "these items are prohibited for sale on our site and we are removing them."

The spokesperson added: "The selling platform was actively removing these listings and that they were ‘prohibited,’ although some listings are still active at the time of publication… The company policy states that sellers are banned from listing items that ‘promote or glorify violence’ or are associated with violent individuals, the acts for which they gained notoriety, or crime scenes from the past 100 years.” 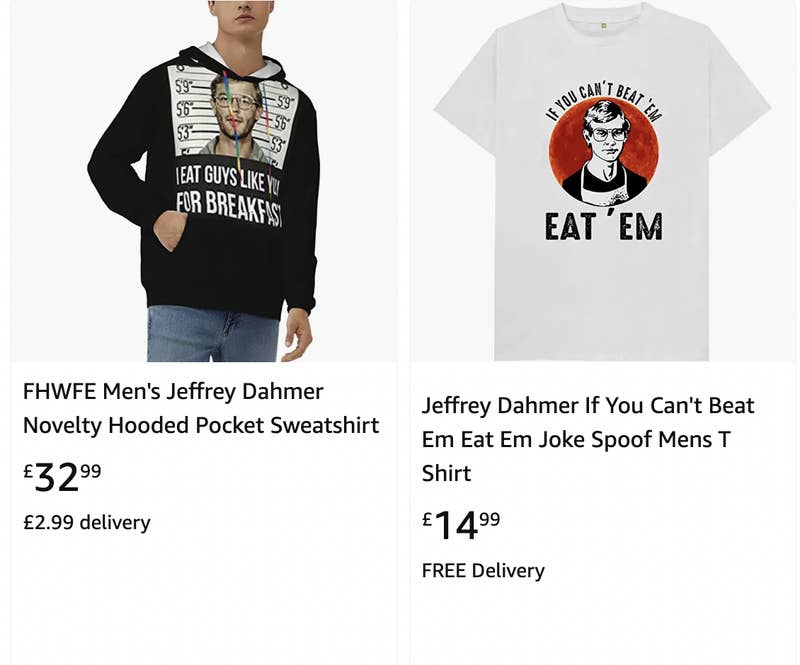 Dahmer will undountedly go down as one of the deadliest serial killers in United States history.

Over the course of a few decades, he killed 17 people - predominantly black men - before dismembering their bodies and doing all sorts with them including engaging in necrophilia and cannibalism.

He even did these acts to boys as young as 14.

Sentenced back in 1992 and subsequently killed two years later, there has renewed interest in his crimes ever since the release of Ryan Murphy’s Netflix series.

Evzn Peter, who plays Dahmer, has received widespread praise for his acting, although even he admits he had to go to some dark places to pull off the role.

He said: "Honestly, I was very scared about all of the things that he did, and diving into that and trying to commit to that was absolutely going to be one of the hardest things I've ever had to do in my life, because I wanted it to be very authentic, but in order to do that, I was going to have to go to really dark places and stay there for an extended period of time."

Hakim Ziyech in 'advanced talks' over move to European giants