Roy Hodgson's England side might have knocked three past Peru in a friendly at Wembley Stadium back in 2014, but this paper airplane grabbed the headlines a day later.

When it comes to the perfect paper airplane, trajectory and accuracy is key, and trust me, I know about making them after years of sculpting during my days at primary and secondary school.

To put his monumental achievement into perspective, Valentine was sitting in the furthest seat from the pitch. It was the best moment of the match by a country mile.

As you can see in the footage above, the crowd went absolute nuts when the object hit Riojas on the head. It was probably the biggest celebration of the night as England left with the spoils in an otherwise bland friendly.

The clip has been watched over 5,000,000 times to date and remains one of the greatest paper airplane shots of all time.

"This is actually brilliant. England scores 3 goals but the biggest cheer comes from a paper plane." said one fan on YouTube - sums it up perfectly. 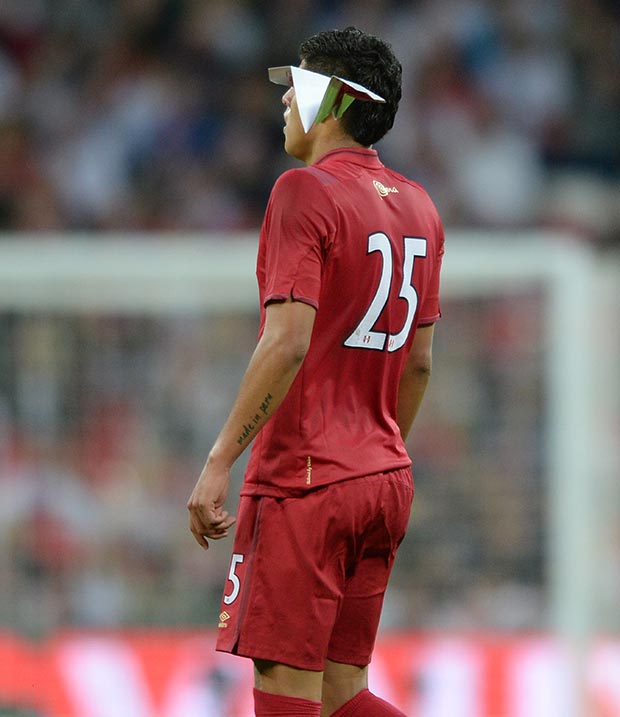 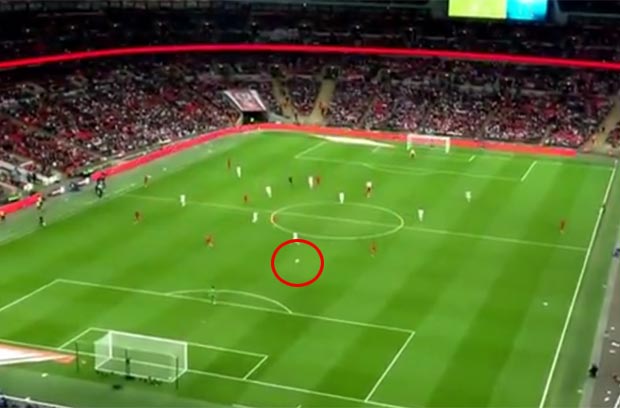 On the subject of airplanes, just when you thought you'd seen absolutely everything in modern football, Saudi Arabia go and take things up a notch for their Kings Cup final.

Al Ittihad and Al Faisaly met in the big game in Jeddah, with the former winning 3-1 in extra time. But that wasn't where the main talking point came from.

That's because at the side of the pitch, behind the advertising boards, was a small-sized aeroplane comprising of four blokes dressed as pilots sat in their seats.

With the vehicle on a track just in front of the stands, the plane would move up and down and follow the movement of ball.

It was all a bit pointless really, with the purpose clearly being to give some promotion to the Saudia airline. I just hope it was a game full of long balls up and down the pitch so the blokes on the track got a fun ride out of it.

a minute ago
Football

Gary Neville And Jamie Carragher Name Player, Manager And Signing Of The Season