Two years after pulling off one of the greatest boxing upsets to become heavyweight champion of the world, Tyson Fury has called out Wladimir Klitschko's brother Vitali in a typically bold Twitter post.

Fury, who was victorious via unanimous decision last year, has said that he 'would love to fight' Ukrainian politician Vitali because 'baby bro' didn't put up much of a fight back in November 2015. 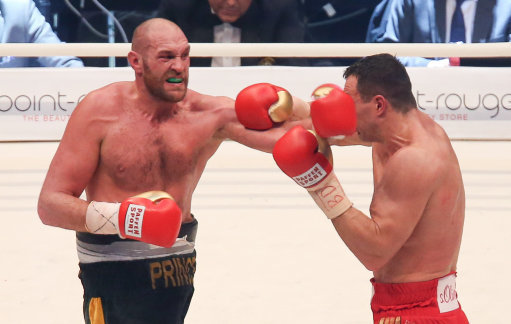 This isn't the first time Fury has directed a jab at a Klitschko. After vowing to retire after his 'upcoming' rematch with Wladimir Klitschko on July 9th, Fury was full of confidence.

Tyson Fury's rematch with Wladimir Klitschko for the world heavyweight title was called off twice in 2016 due to the 29-year-old, from Wythenshawe, being 'medically unfit' and therefore being unable to fight.

But what about a fight with brother Vitali?

Despite being retired and being the Mayor of Kiev since 2014, Fury has called out the 46-year-old, just days after he said "I'm gonna give you the best whooping ever" to Shannon Briggs.

@wklitschkofans @NataKlitschko @KIitschko would love to fight big bro vitally as baby bro didn't put much of a fight up. #easyfight

Vitali himself has been in the headlines this week after hinting about a return to boxing, but rather than call out Fury, he wants to avenge his brother and fight Anthony Joshua.

In an interview with FightHubTV via The Mirror, Klitschko said: "I miss boxing very much. Boxing will always stay in my heart my whole life.

"A fight against Joshua is my best wish. I have a feeling I can do it better, I have to fight Joshua and bring back the belt to the family.

"Wladimir was for a long time the best heavyweight in the world. Joshua stopped him and this means he is the best one.

"But that was just a lucky fight, a lucky day for Joshua." 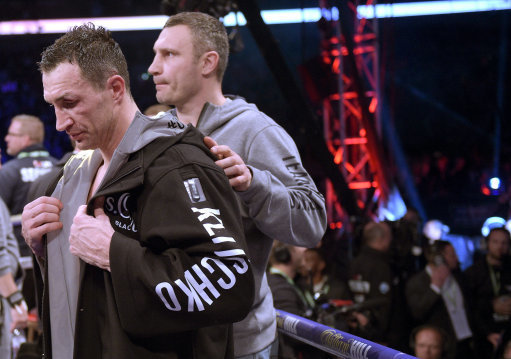 Vitali wants Joshua and Fury wants Vitali. What would be the best fight?