All the talking is done.

In less than 48 hours’ time, George Kambosos Jr and Devin Haney will square off in arguably the biggest boxing match in Australian history.

For the first time in the division’s long lineage, every single lightweight belt will be on the line from 11am Sunday (AEST).

And with both men boasting undefeated records inside the ring, this one makes for a mouth-watering clash.

Order now on Main Event on Kayo Sports for $59.95. No Kayo subscription needed.

But if all that is still not enough to whet your appetite, then throw in the fact that these two clearly aren’t very fond of each other either.

The respect is there somewhere buried deep below the surface, but let’s just say neither Kambosos Jr nor Haney will be on one another’s Christmas cards list.

And that tension was clear for all to see at Friday’s press conference in Melbourne.

Granted, neither fighter particularly lost their temper, but you could tell they just couldn’t wait to get their hands on the man sitting opposite them.

Here’s all the best moments from the spicy press conference!

STARING INTO EACH OTHER’S SOULS

First and foremost, can we just discuss that intense face-off for a second, please?

Not a peep came out of their mouths, but to coin the phrase, you could literally cut through the tension with a knife.

Once the press conference wrapped up, both men stared into each other’s souls for two minutes straight.

You really got a sense that these two, right here, are the very baddest lightweights on the planet about to do battle in front of millions of people.

Neither fighter refused to take their eyes off their opponent.

There has been plenty of bad blood heading into this unification bout.

Neither party has held back when it comes to the trash-talking department, both using any opportunity to exchange pleasantries – whether that be in person or on social media.

Although the comments that seem to have struck a cord with Haney the most is the “rat”, “informant” and “snitch” remarks coming from the Aussie’s camp.

Speaking at the press conference, the visiting American addressed this and seemingly swept the mental warfare under the carpet.

“Coming in, I knew he would try anything he can to get me off my game and get me unfocused,” Haney told the media.

For any foreign fighter to go over to the U.S. and return back to their native country with one championship belt, let alone four, is truly special.

Oh, and let’s not forget he beat the hometown fighter on points too – a feat which any pro boxer will tell you is near-impossible.

The Aussie’s legacy is already cemented.

Yet despite all that, Kambosos Jr still remains the bookies’ underdog.

Are we forgetting the absolute schooling he gave Teofimo Lopez?

Either way, he clearly doesn’t seem too phased by the betting odds – in fact, he welcomes them.

“I will shock the world again. Underdog? Beautiful.

“I love the underdog status. It’s okay, they’ve been against me my whole career. They’ve been saying that the whole week. I’m still the top dog. And after Sunday I’ll remain the top dog.” 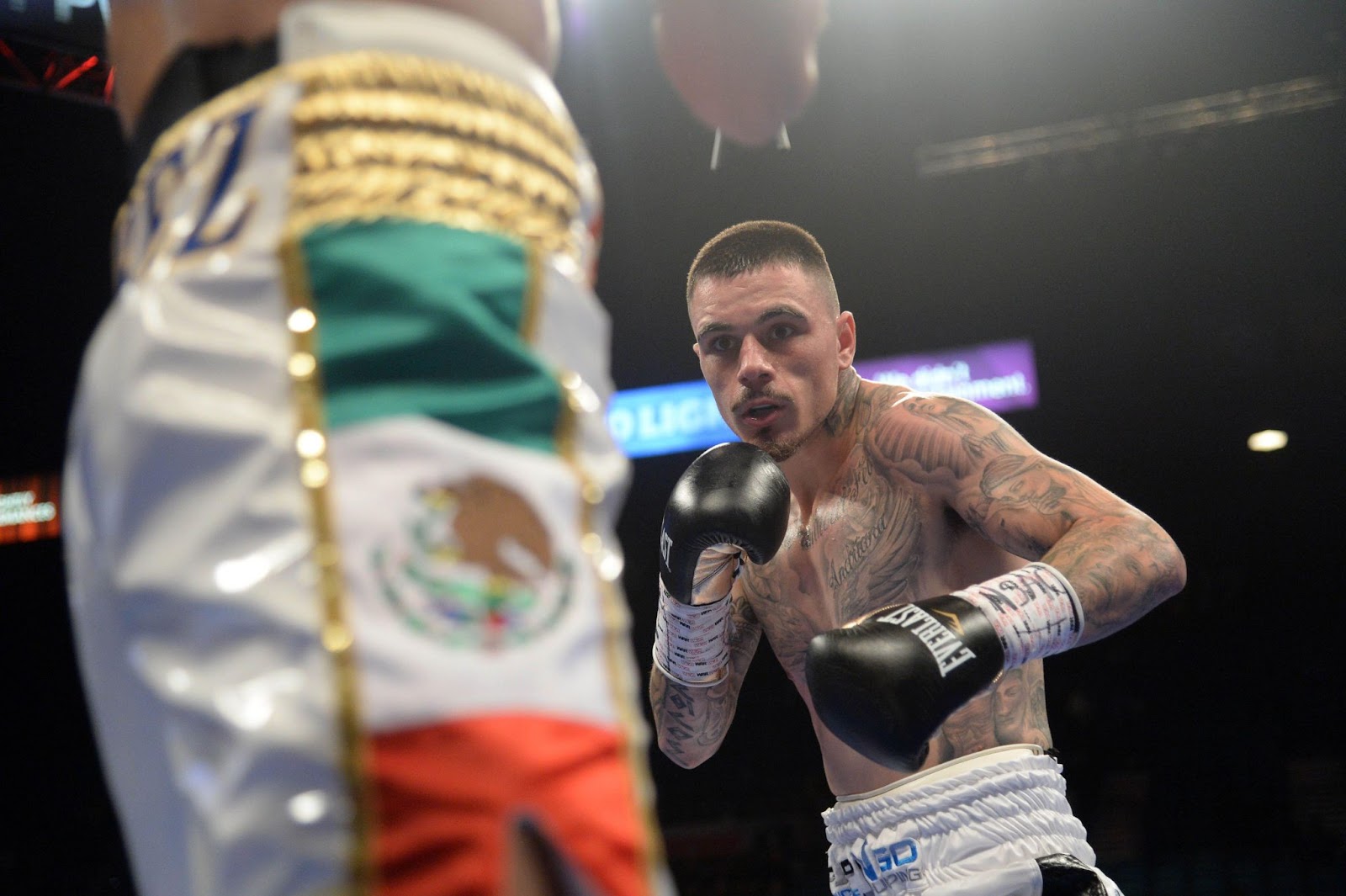 LEVELS TO THIS GAME

There’s no denying that Haney is a talented boxer.

Not only has he got some pretty well-known scalps on his resume, but at 23 has done what not many Americans do which is leave the ‘Land of the Free and Home of the Brave’ to take on a foreign fighter in their own country.

That alone, in itself, has to be applauded.

On top of all that, Haney has had to deal with the fact that his father and trainer Bill was unable to secure a visa Down Under, meaning he won’t have him in his corner for the first time in his career.

“I did it against all odds when it was stacked against me. It wasn’t working in my favour. They were trying to do everything they can to put me at a disadvantage,” Haney said.

“When I come out on top, it’s going to be that much sweeter.

“I look forward to bringing the belts back and showing my dad what we accomplished together.

He added: “Of course [I should be the favourite]. I feel like I’m the far better fighter and I have more skill than him.

“It’s for me to show in the ring, the betting odds really don’t matter.

“No matter what they say, anyone can say anything, but I’m levels above him.”

To further prove the sheer magnitude of this event, Top Rank CEO legend Bob Arum flew half-way-round the world to be here.

Some love him while others aren’t his biggest fans, but Arum has been in the business for several decades and is undoubtedly a true boxing legend.

He was in the thick of it at the press conference too.

“This should be a terrific, terrific match. The two young men are at the top of their game. There’s a lot of pride that they each have,” he said.

“George beat Teofimo Lopez – a fight that he was frankly not expected to win based on the so-called experts. But he won that fight and he won all of these belts!

“And Devin Haney, one of our bright young fighters in the United States who has attracted a lot of attention and always gives a great performance.

“Both guys are undefeated. This is what boxing is all about!”

Just remember, Arum is 90 years of age! Fair play to the fella for making the journey.

Thread reveals how much Glazers have taken out of Man Utd