The Amsterdam side will not accept anything short of £124million for the pair, who are wanted by Juventus and Manchester City, however, it is understood Barcelona lead the way for their signatures.

Ajax expect bids for the duo in the upcoming window despite De Jong being in contract until 2022, while De Ligt's current deal runs out a year earlier.

While de Jong, who is also regarded as one of the best young players in the world in his position, has been equally as important for club and country so far this season. 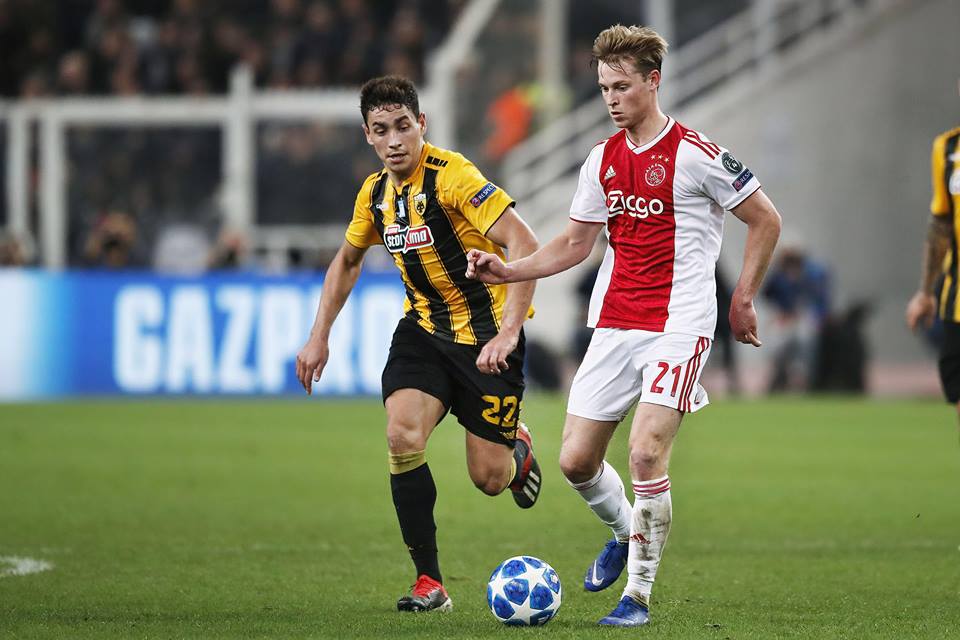 Ajax and Barcelona legend Ronaldo de Boer, who is now a youth coach at the Dutch side, has urged the young players to join Barcelona.

"I advise them to sign for Barcelona, or if not, for Pep (Guardiola's) Manchester City," the former Rangers midfielder said. "Ajax's style is the same as Barca's they could adapt quickly. I would also advise them to go to Barcelona because the club is in my heart."

The 48-year-old also said the players should pick a team that suits their style and not for the money.

"One million more or less doesn't matter. The important thing is that they go to a team that fits their style. They have a lot of quality and there are many clubs interested.

"Barca have to renew their team in the coming years because if they don't they will have problems like Bayern. It is better to sign young players now and to get them ready for when they have to start games."

The Catalan club are 7/2 to sign the defender in the January transfer window, while de Jong is 10/1 to move to the La Liga champions.

Manchester City are 5/4 favourites for the 21-year-old midfielder and Juventus are 23/10 to sign the defender.

The 'greatest' World Cup group stage is over, the last 16 looks incredible

Major VAR controversy as Japan take the lead against Spain