Remembering The Monaco XI From The 2003/04 Champions League Final

Ahead of their second leg Champions League tie against Manchester City tonight, Monaco will be looking to create history at the Stade Louis II as they try to claw themselves back from a scintillating 5-3 scoreline.

Leonardo Jardim's side have it all to do, but many Monaco supporters will tell you that anything is possible.

Just look at the club's memorable run in the Champions League back in 2003/04, when they overcame the likes of Real Madrid and Chelsea to reach the final in Gelsenkirchen.

It got us thinking. How do Monaco's first team compare to the squad that reached the UCL final 13 years ago? 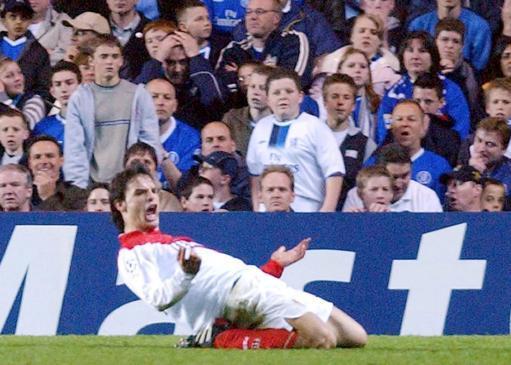 They may have lost 3-0 in the final, but here's Monaco's Champions League XI on that famous night against Jose Mourinho's Porto.

How good was Fernando Morientes, though...

Back in November last year, when Borussia Dortmund beat Legia Warsaw 8-4, the 12 goals scored at the Westfalenstadion surpassed Monaco's 8-3 win over Deportivo La Coruna back in 2003.

But who featured on that memorable night in the Louis II Stadium?

In the lead up to Monaco's tremendous run in the Champions League that year, the likes of Ludovic Guily, who captained the team that night against Deportivo, starred as Jerome Rothen, Dado Prso and Edouard Cisse helped thrash the La Liga side.

Image result for deportivo vs monaco 8-3

In fact, Prso scored four goals on his birthday as Rothen, Guily, Plasil and Cisse completed the rout. They beat the previous record set by Paris Saint Germain in 2000 when they beat Rosenborg 7-2.

But let's not forget, Deportivo were no slouches themselves, with Juan Carlos Valeron, Diego Tristan and Mauro Silva all involved.

Here are both XI's:

What a game. What a team.

Who will come out victorious in tonight's game at the Stade Louis II? Can Manchester City hang on to their first leg win?

Jesse Lingard slammed for showing off dogs with 'mutilated' ears

'Goal!' was released in the United Kingdom 17 years ago today, it remains an absolute classic