The UFC Mid-Year Awards Have Been Revealed

Negotiations For Kamaru Usman And Jorge Masvidal Fight Are 'Done'

Why Jose Mourinho Is No Longer The ‘Special One’

The year is 2004 and a fresh-faced, young Jose Mourinho has just begun his tenure as manager of Chelsea Football Club.

Settling into his first press conference, the Portuguese gaffer uttered the now infamous line, "I'm European champion and I think I'm a special one". And so it began.

The British media went frenetic with this new, publicity-adoring icon. The 'Special One' fast caught on as a self-appointed and slightly overly cocky nickname. 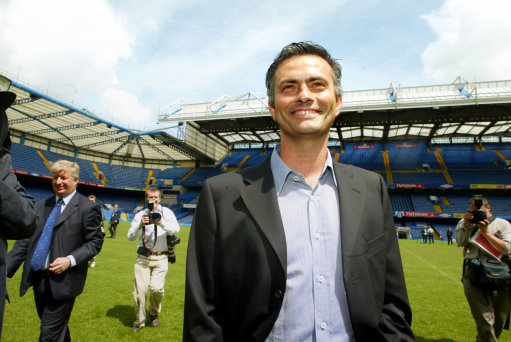 The year is 2017 and a weary-faced, 54 year-old Jose Mourinho has just begun to turn around the fortunes of Manchester United Football Club.

Settling into yet another press conference, the Portuguese gaffer uttered the already forgotten line, "It was the first time I listen to the crowd because they were very quiet today." Beef.

As you can imagine, the British media have gone a bit frenetic with these tired, uninteresting little jibes.

Not quite 'Special One' frenetic, but sort of a notch or two below. A bit giddy, maybe.

But Jose Mourinho is just doing what he does best. He's been doing it his entire career. Only now something has changed. The little nickname that he coined way back in 2004 has lost some of its magic, in accordance with the man it describes.

When Mourinho truly was the 'Special One', he was winning everything there was to win and doing it in some style, too.

Then, it all sort of fell apart and now Mourinho is trying to resurrect his old hyper-persona.

Whilst he may be working wonders at United and looking like a pretty safe bet for taking the title, something about Mourinho has gone.

His criticisms of fans and beratings of Arsene Wenger all feel a bit worn out now. We've heard them all before and now they've lost that once thrilling edge.

Mourinho is really quite a one-trick pony when it comes to the media. He'll make some outlandish statement and soak up all the backlash with that smug, frowny look of his and then move on as if he's the Reincarnation.

Sadly for us, he's not anymore. The name 'Jose Mourinho' used to tower above the world of English football with an imposing, dark, monopolous superiority. Now it sort of stands underneath 'Antonio Conte', 'Pep Guardiola' and 'Jurgen Klopp', desperately trying to steal a piece of the limelight which their towering figures are blocking.

No matter how well the Red Devils shape up this season, Jose is no longer the man or manager that he once was. He's class, we're not denying that. But he's not King anymore.

It's time to switch it up. Mourinho has been playing the same, annoying record since 2004 and a change is very much overdue. A bit like when 'Call Me Maybe' first aired. 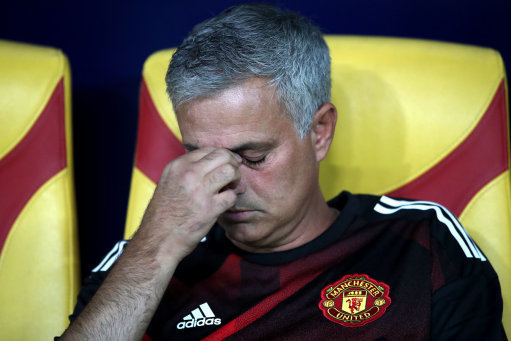 Football is dramatic enough in itself. What Mourinho conjures up upon the pitch is more than enough of a thrill for the fans and media alike.

In the incredible action of the Premier League, we're no longer calling for actors to play fixed roles for our entertainment.

The act of the pantomime villain is dead. Jose, it's behind you. Stick to the management and leave the 'Special One' in 2004.

Roma Sign Serie A Star Who Had A Medical With Juventus

BREAKING: Liverpool Agree Club Record Fee But The Player Will Join NEXT Summer