How do you prepare for the (then) biggest fight of your professional career? Well, if your Conor McGregor, training with a 400 lbs strongman competitor.

When Hafthor Julius Bjornsson stepped foot inside Straight Blast Gym in Dublin, Ireland, no one expected a video to go viral with their star pupil.

But after McGregor asked for a photo reminiscent of the iconic picture of Bruce Lee and NBA legend Kareem Adbul-Jabar, a sparring match ensued. 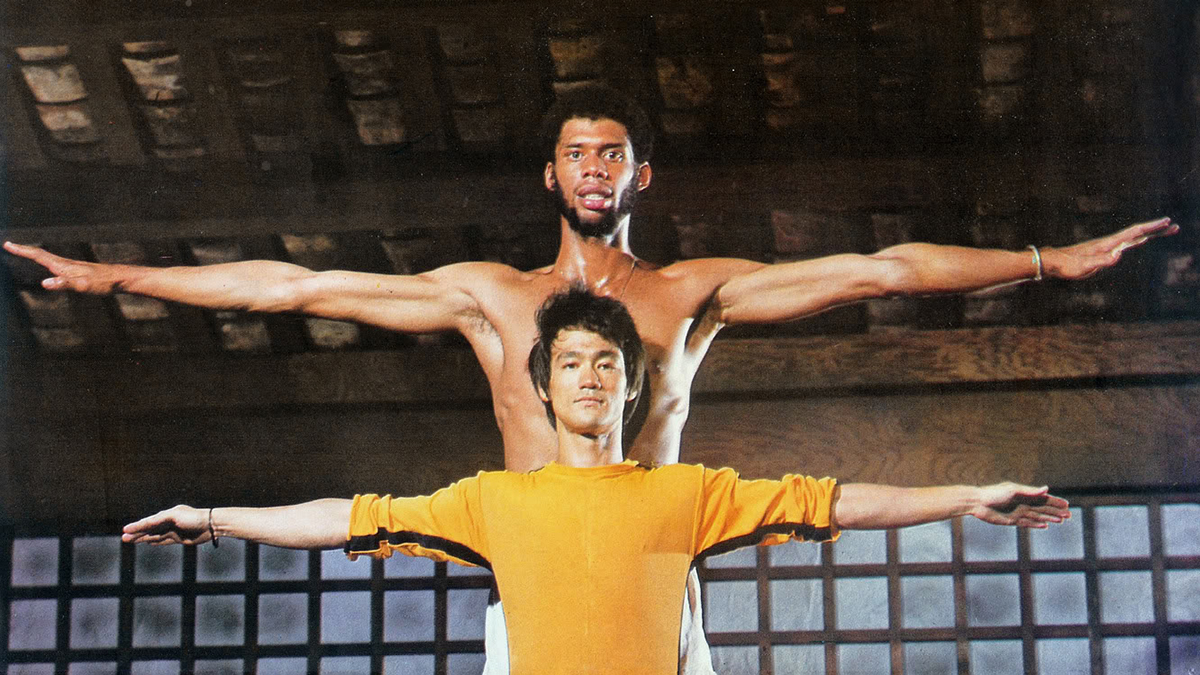 
The picture McGregor was hoping to recreate.


"Let's take a cool picture like that," McGregor said via MMA Fighting. "We squared off as if we were gonna do it. Then all of a sudden, he's bouncing and I'm bouncing. Next thing you know, we're having a full, bare-knuckle body shot fight."

Speaking about the spar which pitted a 150-lbs fighter (leading up to his title fight with Jose Aldo at UFC 194) against a 6-foot-9, 400-pound strongman, the Irishman detailed the competitive exchange.

"He tried to grab me and tried to pull my head off. I defended, freed the head. I was like this motherf*cker is so big, I have to start smashing him to the body."

McGregor is no stranger to fighting against bigger opponents following his two fights with Nate Diaz at welterweight - a career heavy after competing at featherweight and lightweight.

Meanwhile, from one mega-fight to another - McGregor has officially signed a contract to box Floyd Mayweather. The next step is for Dana White to negotiate a deal with the Mayweather as the boxing bout looms.

Richarlison suffers sickening racist abuse after scoring for Brazil, banana thrown at him during his celebration

Neymar scores ice-cold penalty for Brazil, fans tried to put him off with laser

Richarlison suffers sickening racist abuse after scoring for Brazil, banana thrown at him during his celebration

‘He can’t keep getting away with it’, angry mum tells FA to give right punishment to Cristiano Ronaldo