Cristiano Ronaldo has once again proved himself to be one of the nicest men in football by auctioning off one of his beloved Ballon d'Or trophies for the Make-A-Wish Foundation.

Ronaldo has won the award - given to the footballer voted the greatest footballer in the world over the proceeding 12 months - an incredible four times, and the 32-year-old is expected to collect his fifth when the trinket is handed out again in the New Year.

The Portuguese superstar is synonymous with winning, and he's open about how much trophies mean to him, both team cups and individual awards, but that hasn't stopped him from making a huge decision about his 2013 Ballon d'Or prize. 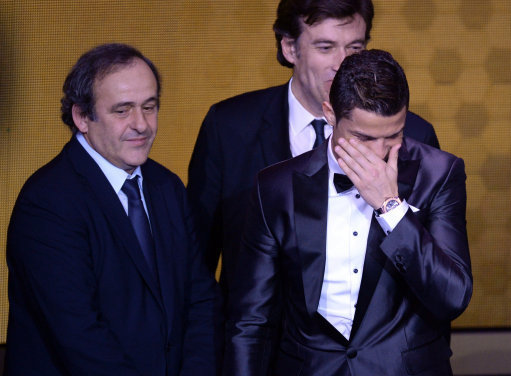 According to Spanish publication Marca, the Real Madrid forward has managed to raise an incredible £600,000 for the Make-A-Wish Foundation which aims to give sick children the chance to realise their dreams, often before passing away.

The lucky buyer was millionaire Idan Ofer, who is Israel's richest person.

Marca's report goes on to state that the £600,000 fee will go straight to the foundation to help them make even more memories for children battling illness. Ronaldo won the award ahead of Lionel Messi and Franck Ribery in 2013. He scored an impressive 66 goals in 56 games for club and country throughout the year as well as sealing 2014 World Cup qualification for Portugal.

The former Manchester United winger famously stood on stage and broke down in tears as he collected the award. With Pele standing beside him, Ronaldo was thankful for his nomination and paid tribute to his family and teammates. So many football fans have Ronaldo painted all wrong - what a guy.

Can he scoop the FIFA 'Best' Award later this month? Will he beat the likes of Messi and Neymar after another incredible season for Los Blancos?

Marcus Rashford Names The Four Players He Tries To Emulate