Did Neymar Just Confirm That PSG Transfer Is Complete Via Instagram?

It looks increasingly likely that Neymar played his final game in a Barcelona shirt against bitter rivals Real Madrid on Sunday afternoon.

Last week, according to Marcelo Bechler of Esporte Interativo, Neymar accepted PSG's mind-blowing proposal and as per journalist Duncan Castles, writing for Yahoo Sport, Neymar has been promised over €30 million-a-year after tax.

The Brazilian will reportedly be offered a five-year deal, which would take the overall cost of the contract to over €500 million euros as the French side are expected to pay Barcelona a whopping €222 million for the player.

Since those reports emerged, Neymar has been involved in a training ground bust-up with teammate Nelson Semedo.

His entourage also cancelled a scheduled promotional appearance in Shanghai involving the Brazilian, with his £197 million move to PSG being cited as the reason.

Now, the Barcelona winger has touched down in Dubai to discuss the move and complete a medical, according to The Daily Mail. 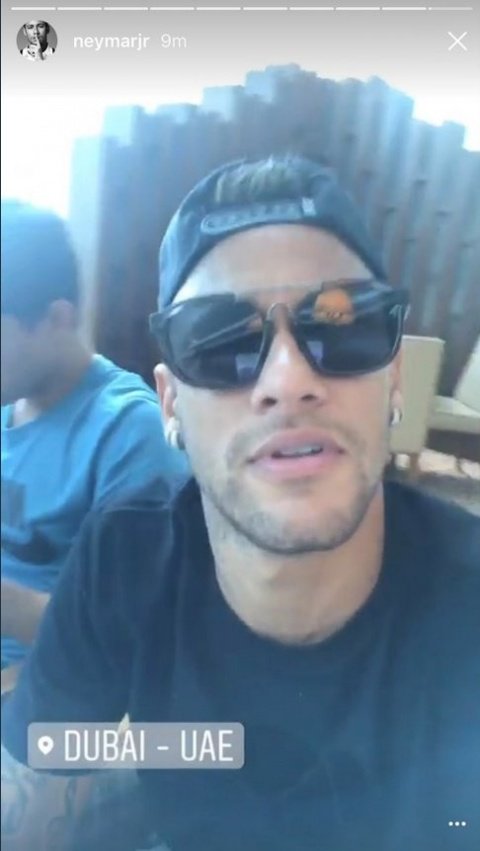 undefined
Neymar confirms he has touched down in Dubai via his Instagram. Image: NeymarJr

Qatar's Al-Watan newspaper reported on Monday morning that Neymar was expected in Doha to meet PSG president Nasser Al-Khelaifi, and his recent Instagram picture in Dubai airport hints that he is on his way to capital of Qatar.

Neymar also posted the following video on his Instagram story to confirm his location ahead of a reported medical at Les Parisien.

To add to the rumours, Neymar then posted the following message on his Instagram story: 'I am not saying this because I am in need, for I have learned to be content whatever the circumstances.

Is this proof that Neymar is on his way to Paris Saint-Germain? Is it the right move for his career?

​​Trump Odds-On To Serve His Full Term As President​