Gareth Southgate Confirms Joe Hart Will Be Dropped For England

Plenty of people were surprised to see Joe Hart's name on the England team sheet to face Slovenia on Thursday evening.

West Ham's number one didn't concede in the World Cup qualifier, but England manager Gareth Southgate has decided to drop the 30-year-old ahead of tomorrow's clash against Lithuania, opting to select another Premier League goalkeeper in between the sticks.

The 47-year-old announced on Saturday that he has put his faith in Stoke City goalkeeper Jack Butland, with their being no pressure as England have already qualified.

Southgate said the following about Butland via ESPN:

"He has been patient for his opportunity, his form has been good. It's a good opportunity for Jack."

"We've got great competition for places. Joe was excellent the other night. We've got other good goalkeepers." 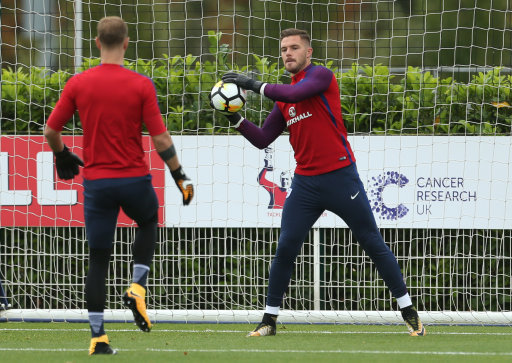 England have a fleet of quality goalkeepers at their disposal, with Fraser Forster, Jordan Pickford and Tom Heaton breathing down the necks of Joe Hart and Jack Butland.

Joe Hart Really Psyched Himself Up Ahead Of Marine Game

As English football fans around the world prepare for the upcoming 2018 FIFA World Cup, many debates have unfolded across social media regarding who deserves to wear the prominent Three Lions shirt this summer.

Joe Hart or Jordan Pickford? Phil Jones or John Stones? Jordan Henderson or Eric Dier? These are just some of the dilemmas which Gareth Southgate faces as he decided his twenty-three-man squad to complete the 1500-mile trip to Russia.

England's current number-one Joe Hart has suffered major criticism on social media for his apparent decline in form, whilst Jordan Pickford is the only goalkeeper to have European football to prove his worth at the top level this season.

It is likely that a starting spot is there for the taking if Pickford can replicate his form last season for Everton in both domestic competitions and the Europa League. 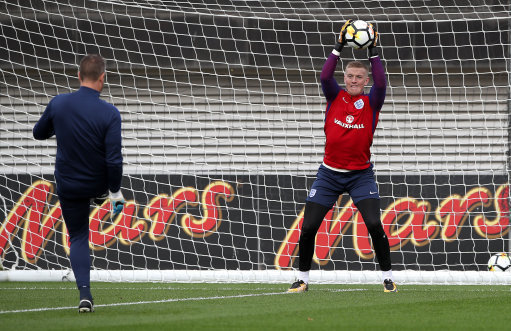 Who do you think should be England's number one goalkeeper?