Unfortunately for some there's no going back from a tattoo, just ask my mate who went to Magaluf in the summer of 2012 and walked out with a blurry Camel on the end of his big toe.


You can, however, go through the pain and get a tattoo removed, like Chelsea midfielder Ross Barkey who got his first at the age of just 14.

In an interview with The Times. the former Everton man has opened up about getting tattoos - a decision he later regretted in life.

"I got them at a young age and sometimes when you are young you do stupid things and not think about it." he said 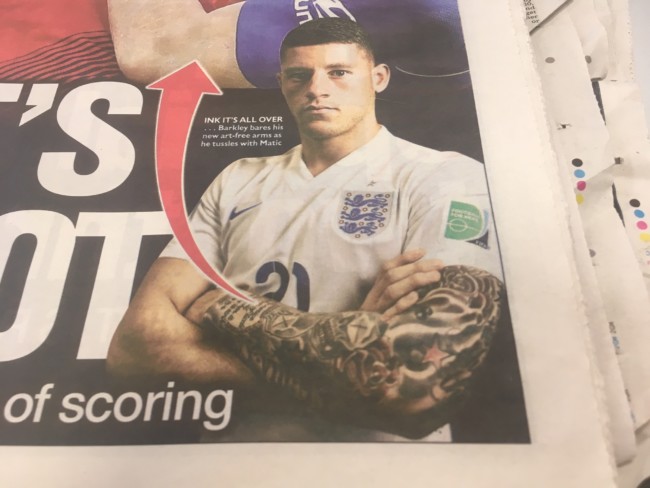 Barkley, who has been in great form for Chelsea in recent weeks, went on to regret the decision of the arm tattoo sleeve - which included the date of his Everton debut - and later got them removed.

"But I went into it too quick and over the years I felt I wanted to get them removed, so I went through the process in the last couple of years." he said.

"My first tattoo was when I was 14. I was a bit young, like. I was a big lad so they didn't question my age at the time. I started getting them removed a couple of years ago.

"I would never rule out getting another, maybe when I have kids I might have something done to go with that. I don't know."

Back in March, we were talking about how Barkley struggled in his first few months at Stamford Bridge.

The midfielder hadn't completed a single 90 minutes since joining the Premier League champions in January, and hadn't featured since the dreadful 3-0 home defeat to Bournemouth.

In reality, Barkley should be pushing for a spot in England's World Cup and his latest performances have surely given Gareth Southgate a real push, especially after impressing against Spain.

Thoughts on Barkley's run in the Chelsea team of late?

Chelsea fan 'felt so sorry' for Raheem Sterling over moment against Everton, other supporters agree

Mikel Arteta used a tweet from an opposition player to motivate his Arsenal players, they won the game