Cesc Fabregas Reveals The Best Player In The Premier League

Manchester United have produced some absolute whoppers when it comes to away kits, but a leaked picture of their third kit for the 2018/19 season has emerged and it's understandably a real hit with supporters.

The last time United sported the famous gold, they released the classic Umbro reversible kit in 2001/02 and similarly, it received plenty of positive feedback.

16 years later, Adidas' Australian online store have accidentally gave fans a sneak peak of next season's third kit and it is actually stunning.

The Manchester United 2018-19 third kit was accidentally on sale on adidas' Australian online store. It will be officially launched tomorrow, May 9th. #mufc [@Footy_Headlines] pic.twitter.com/sgwqLthtHG

Back in March, the ever reliable Footy Headlines leaked images of the new jersey.

The report stated that the shirt would combine two shades of navy with gold, while the featured Chevrolet logo will also include a similar shade of gold as the kit.

I can already hear United fans shouting 'TAKE MY MONEY.' 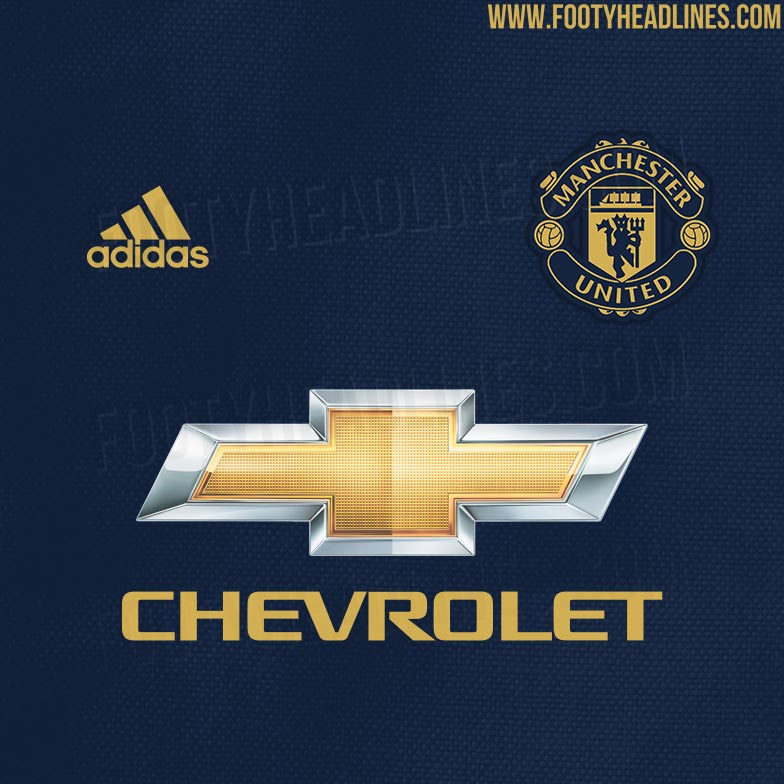 As well as this lovely blue and gold number, Pogba and co will be sporting a pink away shirt for the 2018/19 campaign, after the ever reliable Footy Headlines shared the first leaked image of the Red Devils' second shirt for next season.

Manchester United's Away Kit For Next Season Has Been Leaked Online

According to Footy Headlines, the upcoming shirt will, "combine a pale pink base with a slightly less pale shade of the color and, finally, black for accents."

Early rumours doing the rounds on social media are suggesting that the old 'Football Pink' news section of the Manchester Evening News is the inspiration behind the colour scheme.

United fans, what do you think of the bold new designs by Adidas? Are you for it or against it?

Thoughts on the leaked kit?