Lionel Messi's goal against Las Palmas in January meant that the 30-year-old has scored against every La Liga team in the league during his 13 year spell at Barcelona.

He's managed to bag a goal against 35 Spanish teams in total.

In addition, Messi has scored 21 goals against Sevilla and Atletico Madrid, as well as 19 against Valencia, but one team he has yet to score against is Second Division side Real Murcia.

A team Barcelona will face in the Copa del Rey on Tuesday night. Days before the game, Real Murcia have produced a risky strategy on social media to try and fuel the fire with Messi.

The club have challenged the five time Ballon d'Or winner to try and find the net against the Second Division side.

Acting like Murcia's stadium has posted the tweet, it reads: "You played in my first match and after two matches you have not marked me yet."

Unfortunately, or perhaps fortunately for Murcia, the Barcelona forward is unlikely to feature in the Copa del Rey tie.

Reports claim that Messi has asked manager Ernesto Valverde to leave him out of a number of Barcelona games in the near future, according to Spanish website Diario Gol via The Express.

The report claims that Messi 'feels like a rest' in the upcoming Copa del Rey round of 32 games against Murcia on Tuesday evening. 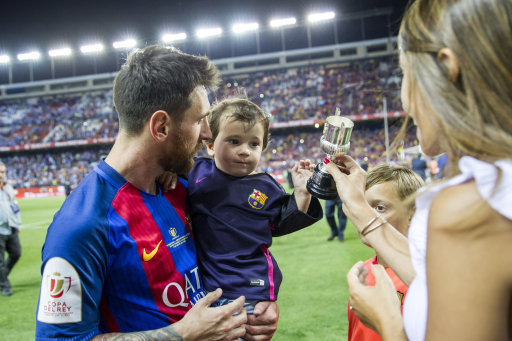 To be fair, Messi has been at his scintillating best in recent months, and realistically, the club will be able to rest the five time Ballon d'Or winner against the Segunda División B side.

Barcelona manager Ernesto Valverde will be eager to get Messi back on the field though. In an interview via ESPN, he said that he hopes Messi 'reaches 200 goals this season'. No pressure, then:

"I hope he reaches 200 goals this season. "His numbers validate what we see every day, he's beating statistics that seemed impossible. He's been doing it for a long time now, constantly breaking down barriers."

Murcia might just eat their words if Messi decides to play on Tuesday.

Japan's awful penalties sent them crashing out of the World Cup

'Unhappy' Vinicius Junior looking to terminate his contract with Nike