Nobody could quite fathom why Harry Kane was on corner-kick duty at the European Championships last year.

Being England's number one striker, you would have thought Kane would be in the box on set pieces, attacking the ball and causing all sorts of chaos in the penalty area.

Instead, the 70-year-old bloke from Croydon whacked him on corner duty and the rest is history.

Time after time, his desperate crosses failed to find a teammate and the country shouted at their television screens in anger. "What the f*ck are you doing, Roy?"

Nobody could work out why England forward and Premier League top scorer Harry Kane was taking corners for his national side, but Hodgson has finally revealed the reason behind his decisions.

"Harry wasn't scoring goals, he had only one all season at the time. So you want the best deliverer of the ball taking corners because we thought we had a few other players who were good at attacking the ball in the area." Hodgson said via The Express.

"Had we had someone else on corners and Harry in the middle, it wouldn't have made one ha'p'orth of difference to our results. 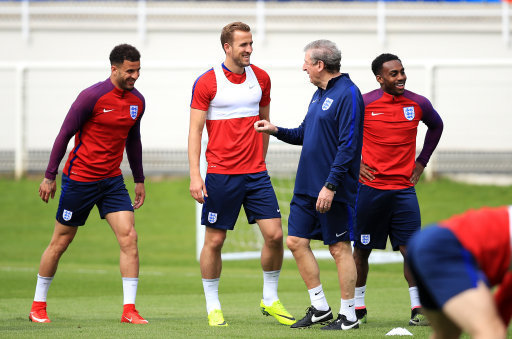 As we all know, England were eventually knocked out by minnows Iceland in one of the most humiliating defeats in their history.

Hodgson however, defended their performance in the compeition, saying that they 'weren't' playing too badly' at the time:

'There wasn't a lot of criticism at the time, we weren't playing too badly. We thought he might be the trump card before the Championships - and he has certainly done it since - but there has to be something to talk about hasn't there." Let's go back in time and look at how England fans reacted to Harry Kane's corners in June last year:

When Kane is jogging across to take a corner pic.twitter.com/n4v96zLST4

In the tournament: something close to a criminal offence.

Trying to think why Harry Kane is taking corners. pic.twitter.com/tAg8SUmo8M

I have to say that if a manager asked me to take corners, my answer would be 'ask someone else to take them!' #harrykane #ENG

I'm not everybody agrees with you on this one, Roy.

Thoughts on his reasoning behind Kane's corners? Let us know in the comments below.

Erling Haaland idolised Swansea cult hero Michu growing up, he even pretended to be him

Kyle Walker could MISS World Cup with injury, Guardiola doesn't know when he will return