The Virtual Grand National Is Today With Profits Going To NHS

"David Silva has got a lot of technical skills in a complicated league with the physicality, the weather conditions, the pitches, and he has survived to be one of the best players in England for a decade." - Pep Guardiola.

The genius, as I often call him, has proved time and time again that he is one of the most criminally underrated players in Premier League history.

On Monday night, some people finally opened their eyes and realised his true ability. 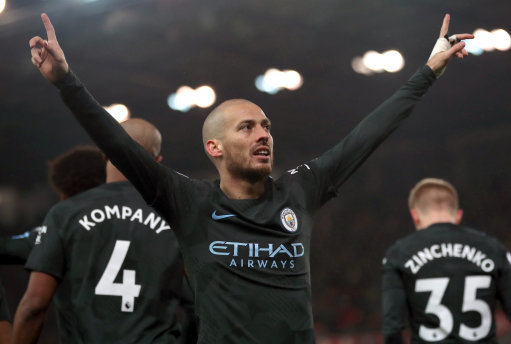 
As Miguel Delaney pointed out earlier, it's incredible to think that once upon a time, David Silva was surplus to requirements for the Spanish national team.


He's now leading the charge as Manchester City inch closer to another Premier League title. How wrong was Del Bosque.

Not only does this little magician have an eye for a pass, but his goal scoring credentials in recent weeks have impressed.

Silva has now scored six goals in his last four away Premier League appearances, having scored only one in the previous three.

The Pep effect, ladies and gentlemen.


Despite his unbelievable form of late the Spaniard isn't one of the first names on the Premier League team of the year shortlist, which is quite unbelievable when you think about it.

Just take his performance against Stoke, for example. Silva touched the ball 105 times and completed 89 out of 93 passes. He created three chances and scored two goals. Clinical.

Another stat that has emerged involving Silva was that he has won more Premier League games for Manchester City than any other player in the club's history.

He will, without doubt, go down as one of their greatest - if not thee greatest - player in their history.

On This Day In 2011, Man Utd Beat Arsenal With 'The Worst Midfield In Premier League History'

WWE Superstar Jeff Hardy Has Been Arrested For DUI