When it comes to Football Manager, blood, sweat and tears can be shed over a truly magnificent save. Back in November, a new world record was set for the longest game of FM ever. Mr Darren Bland was awarded a place in the Guinness World Record's 2017 Gamer's Edition after he played a single game for 154 seasons.

YouTuber Quill Glaude was also another gamer who sacrificed plenty for the game. The Canadian took his Football Manager dream one step further by travelling to Somerset Park to watch Scottish Championship side Ayr United. The 36-year-old, who has over 400,000 subscribers, spoke about his incredible journey that inspired Football Manager fanatics like myself to go and achieve your gaming dreams.

Another man who said 'f*ck it why not' to life was Reddit user Lorf_Yimzo, who decided to play 1000 years on Football Manager 2015 because people need to know that in the late 2600's, Crystal Palace won 15 titles in 26 years to become one of the best teams in world football.

It may have took the great Lorf_Yimzo 58 days to get to the year 3015, but those valuable hours of blood, swear and tears have given thousands of internet users the satisfaction of insane stats and records that will go down in Football Manager folklore.

Here are a number of screenshots from his incredible 1000 years in FM:

The Longest Ever Football Manager Save Lasted A Ridiculous 333 Seasons

Football Manager Regen Is On Tinder And Someone Has Swiped Right

In his famous Reddit post, Lorf_Yimz details his journey from 2014 to 3015 by summarising each century with a small paragraph of what happened during that time frame.

For example, in the 2000s, he tells us that the first surprise was Derby winning the Premier League in 2021 with Southampton coming in 3rd. Then later on, a dominant Stoke City took over, trading titles with Manchester United and Newcastle. He goes onto state that Coventry had a dominant spell, winning six titles in seven years. 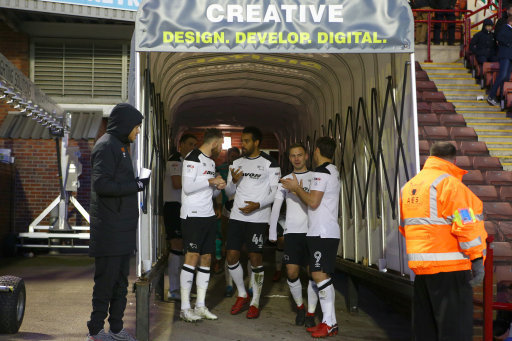 
In his own words, Lorf_Yimz then described what happened in later centuries:

'2100s: Stoke dominated again, as they won 7 titles in a row as well as 14 titles in 17 years. Later, Burnley became dominant as the PL turned into a power struggle between the 2 teams. Newcomers West Brom and Barnsley also stole some titles, especially Barnsley, who won quite a few in the last couple decades.

2200s: With Stoke on the decline, a newcomer fills their spot: Sheffield United. They traded titles mostly with Man U, though later with Barnsley and Southend United. This century had no real dominance, as teams struggled to string titles together. Though teams such as MK Dons, Hull, and Plymouth came and went, the five big players were Sheffield, Arsenal, Barnsley, Southend, and Burnley.

2300s: Southend replaced Sheffield's position of dominance, winning many titles early on. Cambridge, Chesterfield, and Hull were also contenders. 7 titles in a row marked an all-time high for Southend, as they hammered their opposition for the rest of the century, with occasional wins from Brighton, Barnsley, and Man City.

Thank you for this wonderful Football Manager save, Lorf_Yimz. You are a true stalwart of the FM series.


If you've never taken a look at this wonderful Reddit post, then check out the following link HERE for more records and stats.