One of the referees on FIFA 20 was actually one of the best players on the game back in the day.

PES are known for having number of made up players as part of the Master League default team, but you might not be aware that so did FIFA many years ago.

That's because in FIFA 08 and FIFA 09, EA Sports did not have the licenses for the Netherlands national team and so they had to make up some players.

The main made-up player they came up with was football legend Hans de Noteboom, who many believe was based off Ruud van Nistelrooy.

The 31-year old striker was 89 rated, with a potential of 90 and had unbelievable statistics such as 95 heading, 92 shot power, 92 finishing, and 89 ball control.

De Noteboom was so good that EA Sports even created a brilliant tribute to him - something you'd expect to watch on BT Sport or Sky Sports.

Diogo Jota Had An Absolutely Ridiculous Weekend On FIFA 20

FIFA 21 Will Include Real Life Referees In The Game

When the licensing issues were ironed out, Hans de Noteboom was rendered obsolete. His playing career was no more and players could no longer bang goals in with the 6'2 marksman.

However, his FIFA legacy did not die there. From FIFA 11 onwards, De Noteboom has been a referee on the game and has an average card and foul strictness. 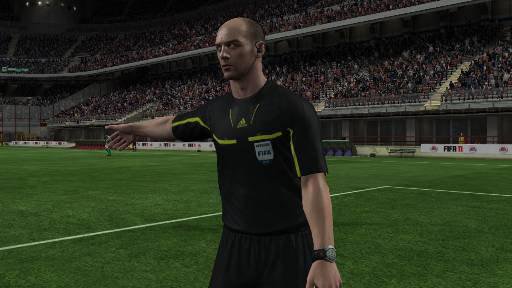 If you're playing with teams in the Eredivisie, chances are that former lethal striker Hans will be officiating the game.

What a legend. A proper unsung hero of the FIFA series.

Are there any other made up players that you remember?