The 2019/20 Premier League Manager Of The Season Nominees Revealed

It happened! Some Arsenal fans took their 'Wenger Out' protests to the next level when they paid for a plane to fly over the Hawthorns today.

Arsene Wenger has become under increasing pressure from fans this season as once again a promising start has not been met with a title challenge of any validity and they've once again crashed out of the Champions League to Bayern Munich.

With a two year contract on the table for the Frenchman fans have decided to be more vocal than ever before by booing the team and more recently they've started marching against the manager.

And now they've followed in the footsteps of Manchester United fans, who flew an anti David Moyes plane banner over Old Trafford a few years back, by having a plane fly with a clear message against their manager.

It was thought that the weather would prevent the plane banner fiasco from taking place but it hasn't and cameras picked it up.

The joke is on them really, because if there is a space between the two words the hashtag won't work. pic.twitter.com/bsSbRAWDGV
- Paddy Power (@paddypower) March 18, 2017

However, it's clear that some Gooners do not share the same anti-Wenger views as a second banner was up in the air, with some fans showing their support for their long-time boss.

There are now two planes in what is being described as the most Arsenal thing ever. pic.twitter.com/DfrwhLHxQ4
- Paddy Power (@paddypower) March 18, 2017

As expected, there were plenty of reactions on social media:

Hilarious new low for Arsenal fans with this plane nonsense

Wonder if it was the same plane what flew both banners over??? :joy::joy::joy: fucking Arsenal man..

Fans raised close £3000 through crowdfunding to fly the banner. 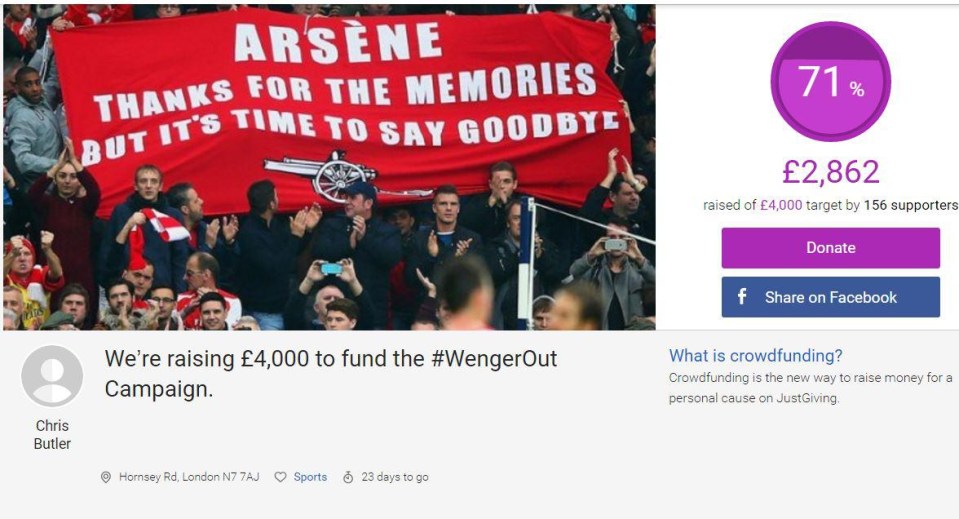 Fans have raised over £2,800 towards a campaign to get Arsene Wenger out

Onto the actual action on the pitch, the scores are level at the time of writing.

There's A Rumour Circulating About Theo Walcott And His International Career

WATCH: Ghanaian Striker Gives The Most Awkward Post-Match Interview Ever