FIFA 17's 'Journey Mode' has been one of EA Sports' biggest success stories in recent years.

Alex Hunter's journey from Sunday League to the Premier League went down a storm with the majority of gamers, and now it looks like the game mode is ramping up another level with a superb feature.

Over the past few days, EA Sports have created their very own Twitter account for Alex Hunter, and @MrAlexHunter's latest activity suggests that the Bundesliga, La Liga and Ligue 1 will all appear on FIFA 18's 'Journey Mode'.

Something that fans have yearned for, for some time. 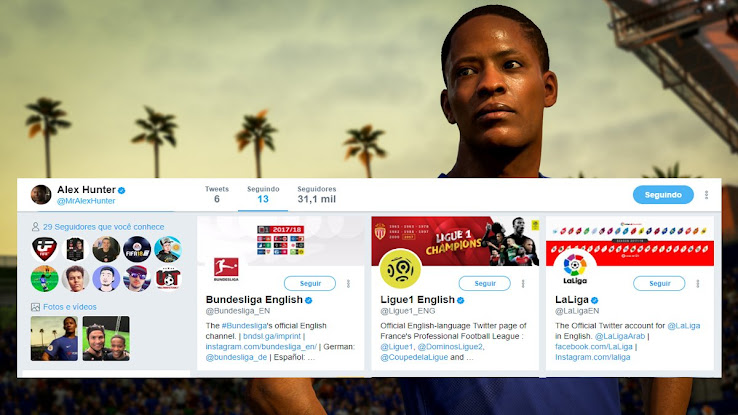 Alex Hunter could only play for Premier League and Championship teams in the previous game mode, but the introduction of other leagues will produce plenty more story lines for users to engage with.

In the FIFA 18 Journey Mode trailer, footage of Alex Hunter and Cristiano Ronaldo speaking in the tunnel sparked a flurry of rumours.

How Alex Telles Got The Scar On His Head

From Harry Redknapp to Manchester United die-hard Andy Tate, the trailer has earned plenty of plaudits from FIFA fans across the globe.

And now it looks certain that you will be able to play in the Bundesliga, La Liga and Ligue 1 from September 29 onward.

FIFA 18 have already teased us with a trailer featuring actual game footage Cristiano Ronaldo taking a free-kick against Chelsea after a typically brash challenge from David Luiz. It looked pretty special.

A special 'Ronaldo Edition' of FIFA 18 will be available on PlayStation 4, Xbox One or PC and those who purchase the special version will receive benefits such as three days of early access, 20 jumbo premium gold packs on FIFA Ultimate Team.

Eight specially designed kits and the ability to loan CR7 for five games on Ultimate Team.

The game is slated in for worldwide release on September 29.

Oriol Romeu Produces 'Tackle Of The Season' On Raphinha During Leeds United Vs. Southampton